From conception onwards, pretty much everyone around me has been in agreement that I am a terrible mother.  Once I’ve accepted this fact and I know that really there is nothing I can do to change the tenure of public opinion, it becomes curiously liberating not to have to please anyone except myself, and to consider myself free to be the parent I would like to be, rather than the one that everyone else thinks I ought to be.  (I would like to state right here that quite a lot of the time I don’t manage to be the parent I aspire to be either, but I do at least have some idea of what I think that could look like.)  In some ways my child has more limits on him than normal kids around here… I limit his TV, both in terms of time and content.  I limit his diet, particularly its percentage of sugar, and he goes to bed at a time of my choosing, usually a hour in single figures.  In other ways he has a lot more freedom than kids here, to seize every opportunity and 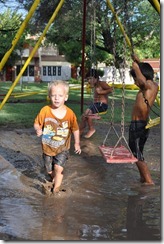 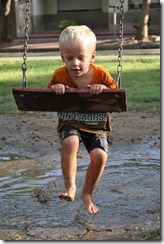 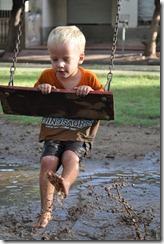 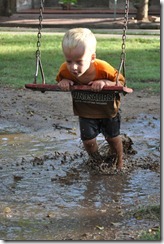 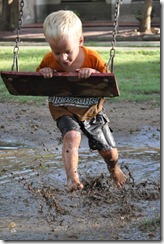