This is the cleverest cartoon I’ve seen in a long time, It’s had me thinking for a week about sheep and goats, and how a “non-homogenous sheep” might find themselves less welcome than a “goat” in some places. The original and a whole lot more can be found on asbojesus.wordpress.com which is a blog belonging to a Jon Birch and well worth a visit. His work reminds me of Adrian Plass in cartoon form, perhaps sailing a bit closer to the wind than AP, but often dealing with the same sort of issues from a similar perspective.

Isn’t it astonishing that the most densely populated corner in one of the most populated countries in the world can still offer views like this; 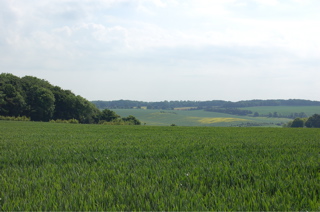 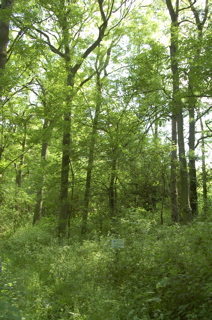 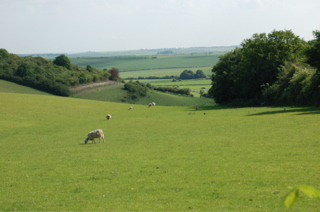 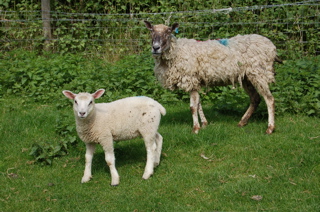 These wild roses are part of an ancient hedgerow, believed to be several hundred years old, knitting together I don’t know how many species of trees, shrubs, and climbers. 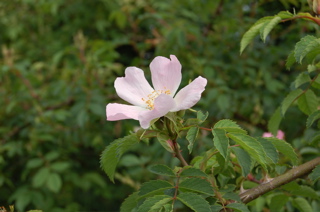 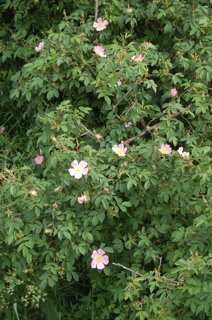 And all these riches just from one short post-breakfast walk in the home-counties. 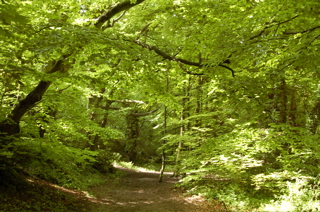 There are lots of things we like about living in Argentina, some of which I’ve written about in previous entries, but these photos remind me that there are sacrifices too. People tend to have a fairly simplistic idea about sacrifice in mission, i.e, how we have abandoned our “first world comforts” in order to live in “third world hardship”. While this might be true in some parts of the world, for us in Argentina the sacrifices that we feel most keenly are much more subtle, but none-the-less real.

Family and friends; the obvious big one; not being able to see people for ages at a time, particularly since some of our friends here require third-party assistance to communicate. Not knowing when Joni will next see his grandparents. Realising that even four months here isn’t going to be long enough to see the half of the people that we had hoped to.

Free time; a network of footpaths, varied and accessible countryside, rules about what sort of chemicals we spray on it, RSPB reserves, books in English, public swimming pools, lots of friends, a “local” that serves real ale… In Argentina we have none of these things, and we still haven’t figured out what we would do with free time.

Church culture; being part of a church where we feel part of the scenery because its mistakes are our mistakes. Church in Argentina also hampers the development of friendships because “being spiritual” seems to mean “being seen at a lot of meetings”, so the people with whom we are trying to build relationships often don’t have time to do anything outside of work and church.

Being useful; it’s an ongoing joke that our greatest impact on people in Argentina has been through Martin breaking his neck, and me having a baby. We used to be known as competent professionals who other people called upon to do things, now we are neither known nor called upon.

The weather; people moan about British weather, but really the weather in the UK is as gentle and predictable as any in the world. Most of the year we have no concern more pressing than whether to take the jumper, the coat, or both. In Argentina we spend the summer hiding indoors hoping for Autumn; and the Winter hiding under the duvet hoping for spring. This has a surprisingly big impact on our motivation for life and ministry.

Thinking, “hmm, that’s a bit of a negative note to finish this post on”. Big temptation to find a way of writing a rounded conclusion with the ends tied up to say that it’s all OK really. Maybe it is, maybe it isn’t. But we do sincerely believe that we’re doing what we’re supposed to be doing, so we’re going to carry on doing it anyway. And maybe tomorrow will be another day.

The global conference of influential evangelical anglicans is about to get under way in Jerusalem. Under the acronym of GAFCON, it ought to be good for a few jokes, but I haven’t heard any yet. I haven’t seen the agenda, but I’m confidently predicting that it will contain an item or two on homosexuality, the most high-profile issue currently facing the global anglican church. Chatting with a friend, himself a studious evangelical, I expressed surprise both that the anglican church has managed to hold itself together for so long, and then that the issue of homosexuality looks to be the one that finally rends it asunder. He said “it’s an authority of scripture issue”. Other issues, such as ethical decisions on whose regimes we endorse with our spending power, loving ones enemies, the rights of refugees, and responding to the needs of the alien, the orphan and the widow, apparently aren’t authority of scripture issues, otherwise presumably our learned colleagues would have chosen to hold their conference in an alternative location.

This is a sweet little gimmick (thanks Tia…). If you click on the graphic you can take a little quiz to find out what time you are. Apparently I’m 10.02… Funnily that’s probably quite accurate, it’s a time of day I like… late enough to be awake, and early enough still to have lots of day to have fun with.

We’ve been on the road the last few days, enjoyed staying with Viv, and visiting friends in Colchester, Mersea, Cranham, Felixstowe and Cambridge. The weather was fantastic, so we managed four walks in four days in between speaking at meetings. I saw my first cuckoo ever; I was listening to a cuckoo calling in a small clump of trees, when a cuckoo-sized, cuckoo-shaped bird flew out; and it still took the mighty brain cell five minutes to figure out what it was. Oh well. Heybridge Basin (temporary residence of said cuckoo) is a truly superb place for a walk; plethora of birdlife, and the ice-cream in the tea-shop was pretty good too.

One thing that Argentina and the UK have in common is that both countries used to have a world-class education system.
“Schooling” (I stop short of describing it as education) in Argentina has largely been reduced to a series of facts and procedures to be memorised and reproduced in response to the corresponding question, which is itself previously memorised by the student; i.e. really rather similar to the SATS system in the UK.

Argentina is different to the UK in that internal auditing reveals that state schools have both the highest and the lowest results, with the private schools occupying a nicely-dressed block of mediocrity in the middle. This seems rather strange to me as an English person, but it was confirmed by a friend who teaches at an expensive private school in Argentina, who explains that many parents appear to prefer a “creche service matching their social class” as a priority over educational content.

In the few weeks that we have been back in the UK, we have witnessed something of a genteel back-lash over the SATS tests. The non-stampede has been led by the Head Teachers Association, followed up by a less than complimentary report from a few education advisors. What I find most surprising is that parents are virtually nowhere to be seen; they’re certainly not leading the revolt, and they’re not even coming out to support the efforts of the head-teachers et al. When parents are prepared to move house, lie about their address, send kiddo to live with Auntie Jemima, give sizeable “donations”, or change their religion to secure those elusive places in a prime school for six years, it seems very odd indeed that the same parents apparently don’t mind very much if two of those six years are frankly wasted.

Could it be that the SATS have survived this long because they actually hook into some parents’ need for competition between themselves? Witness a place where I used to shop for books. Today in a space previously housing “books of fun activities for kids”, I find racks of “books of exam papers, poorly disguised as fun activities for kids”. Who buys them? I wonder. A head teacher friend confirmed “Oh the parents love SATS, it’s all about your child getting a higher score than someone else’s child”. My sister came across a magazine article on “packed lunches to help your child get ahead”. Among the recipes for alfalfa and apricot on ciabatta, the article included the advice that although a parent might relapse and include the odd chocolate bar, this should not be done on days when child goes to play at friends’ houses after school, lest lax parent be looked down upon by parents of friends. Key learning outcomes:
Image is everything
Lie if it helps to preserve image
Never give anyone a chance to accept you as you are
The old adage said that “education is wasted on the young”. I suspect the real issue may not be entirely the fault of the young.