It has been an unremarkable week in the soya-growing backwaters of central Argentina.

We managed to find out when school starts… sort of.  Technically I have to attend a parents’ meeting tomorrow, and then classes start properly on Wednesday.  But naturally the teachers are on strike tomorrow; this happens at the start of every academic year.  So there won’t be a parents’ meeting tomorrow.  It might be on Tuesday.  And classes might start on Wednesday.  Or Thursday or Friday.  I have every faith that they will start at some stage.

We managed to collect the medical certificates that Joni needs to start school…. sort of.  He has a local-authority issued health book and before the start of every school year we have to get two pages filled in by the paediatrician; one to say that he is healthy, and another to say that he is fit to do sports.  I kind of thought that meant the same thing, but apparently not.  Then we have to get another page filled in by the dentist, and another one filled in by the optician.  All this involves going to the “centro de asistencia” (public clinic) very early in the morning in order to queue up and hopefully to be allocated a numbered ticket for today, otherwise you have to come back and do it all again tomorrow.  So we went at 5.30 on Monday morning.  This won us tickets for the paediatrician and the dentist, although sadly not the optician; apparently they were only giving out 20 numbers a day for the optician so with every school child in the city needing his signature that’s going to take a while.  The receptionist suggested that we leave it a few weeks and then try again.  Fortunately school will be fine about that, they’re used to it.

Apart from that, it has been the usual round of running a household and entertaining two children for the last week of the summer holidays.  Cleaning, cooking, parks, plazas, and painting.  We did the supermarket run and discovered that stock cubes and Joni’s favourite soya drink have also disappeared… that’s ridiculous, we live in the middle of the biggest soya growing area in the country.   Joni and I made a chocolate cake with smarties on.  Joni and Martin finished the base for the train track and I revamped the utility area at the back of the garage to make a permanent space for it.

So term is about to grind into action.  Danny starts nursery on the 11th of March (at least they won’t be on strike).  And I’ve just been asked about my involvement with disabled kiddo from the village this year.  I need to think about that.  I’d like to be involved with him, and with the special school, but school won’t be interested unless I can sort out my qualifications.  Which leaves the glorified taxi-driver’s role.  On one hand it gets me in.  On the other hand I’m effectively subsidising the Argentinean state who have a legal responsibility towards him.  And on the third hand (alien life form) there is the little issue that our car continues to drink fuel faster than we can put it in, so subsidising the Argentinean state also turns out to be rather expensive.  We need to fix the car.  I need to go and see the social worker, and the kid’s grandmother, and probably also the school.  So that’s this week taken care of. 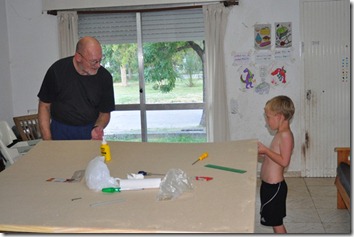 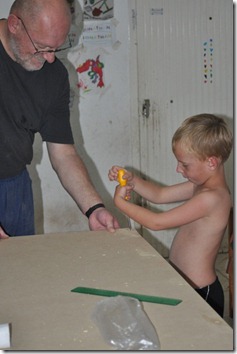 Male bonding: Joni and Daddy’s woodwork project to create a base for Joni’s Christmas train set.  Challenging gender stereotypes: when he was done with gluing and screwing, he came and made cookies in the kitchen with me.   He’s pretty versatile is our kid.

I hadn’t been to our local supermarket for the last two months, but I fully expected it to be more or less as I had left it, given that I can go a year or more between trips to our local shop in the UK and very little changes beyond some light rearranging of the aisles.  So this morning was definitely a cultural experience.

The first surprise was the price rises.  Ok so inflation here is officially 8%, but everyone including the IMF knows that 28% is closer to the mark, so of course it would make perfect sense that everything had gone up 5% in our absence.  I just wasn’t prepared for the reality to be quite that stark.

And the other thing was the gaps on the shelves.  Policy here at the moment is for strict limits on imports, and the few products which do get through are subject to a 50% tax.   These measures are supposed to encourage an increase in local manufacturing, but the gaps on the shelves suggest that the policy might not entirely be having the desired effect.  Bleach, washing up liquid, and roll-on deodorant seem to  have become relics of a past era, while washing powder has largely been replaced with tablets of soap.  Bizarrely the depleted washing up liquid section was sporting a jaunty sign reassuring the consumer that in the ongoing absence of washing  up liquid, the makers of Skip clothes wash powder have confirmed that this can be used to wash dishes.  I’m sure they’re right, it’s all based on the same stuff, but given that washing powder itself is becoming as rare as rocking horse droppings I can’t quite see how the advice would be helpful.

Don’t get me wrong, we aren’t talking about Soviet food queues, or even post-War UK ration books, but I did take my shopping list to a hitherto western-style supermarket fully confident that I would be able to restock on the household essentials, and I did come out scratching my head and wondering what else won’t be there next week.

There´s a reason why news updates should be short and regular.  Trying to include the whole of the last two months into a blog would be mission impossible both for the author and the poor unsuspecting reader.   The salient features are that we went to the UK for Christmas and January, which looked like this: 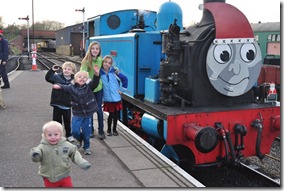 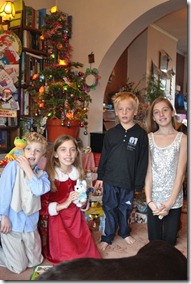 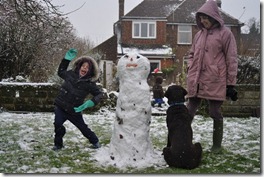 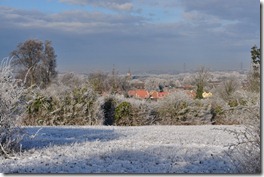 And then we came home for 48 hours before me n´ the boys disappeared on Scout camp for a week which looked like this: 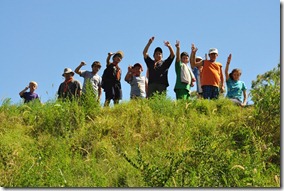 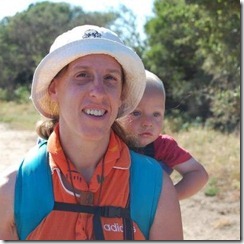 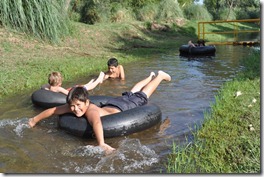 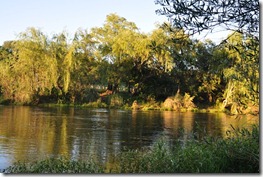 Both trips were fantastic, despite (or possibly because of; variety is the spice of life and all) the nine thousand miles and 35 degrees Celsius of difference.

Now I´m trying to rediscover my house, and gather the stuff that Joni will need to start the new school year.  Actually at the moment I´m not entirely sure what date he is supposed to start on; they weren’t able to furnish me with that information when we said goodbye in December, so I need to cycle past the gate at some stage this week and see if there is anything useful on the noticeboard.