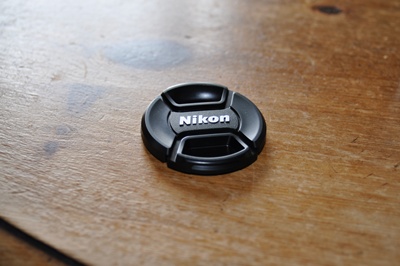 All this year I have been saving up to replace my digital SLR that was stolen back in January, and I finally achieved it a few days ago. I’d hoped to be able to do this while we were in the UK or at least somewhere other than Argentina; better prices, and wider choice of models. I’ve gone for a Nikon D90 as I know my way round the Nikon family, and the D90 has a good chunky feel about it; and I was able to buy an ex-display model equals hefty discount. So I’ve been busily testing it out so that I’m satisfied with how it works before we take it back to Argentina… 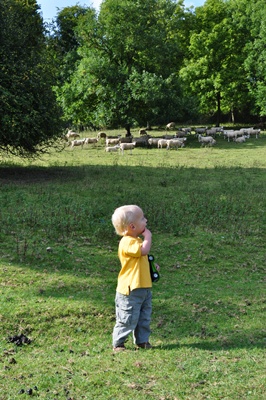 Out walking the dog over the fields behind my parents’ house. 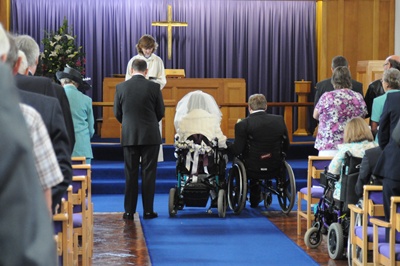 The real reason why we are here in England apart from buying cameras; the wedding of our friends Dave and Caroline last Saturday; congratulations and welcome to the battlefield guys. 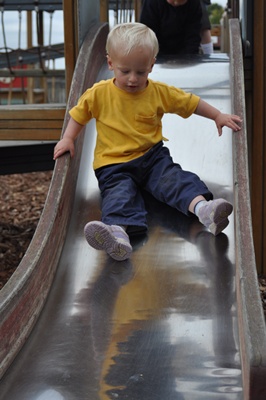 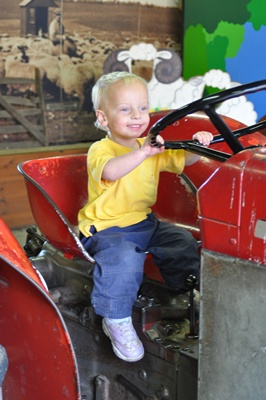 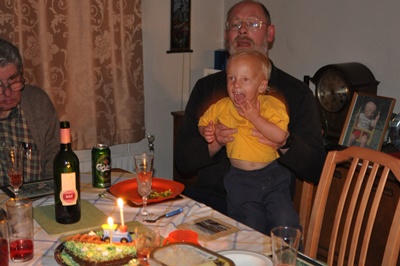 Joni’s second birthday co-incided a couple of days after the wedding so it was nice that we were able to incorporate it into the trip and share it with his long-distance grandparents. Joni has very little concept of yesterday today or tomorrow, so marking the passage of a year is fairly irrelevant to him at this stage in his life. However, his experience at play-school in Argentina has taught him that “song plus candles equals cake”, and he was wildly excited to discover that it was his turn this time, and it didn’t take him long to get the hang of opening presents either.

Made it to church, nearly on time. In fact perfectly on time by Argentinean standards, albeit slightly after the service had started in English terms. Fantastic welcome from many surprised people since we hadn’t told anyone we were coming. Disadvantage of not telling anyone we were coming was having to go round the loop of how long are you here for/ when are you going back / hasn’t Joni grown / how old is he now with every single new conversation. Serves us right. Only one person asked if we had had a nice holiday(!) and she has a label so she’s allowed to. Church followed by good pub lunch with Tia and tribe, should insert hyperlink at this point but I can’t remember what I have to type and I’m being too lazy to look it up, so to go to Tia’s blog it’s “Behind the Child” on the bar on the right hand of the screen. And now we’re worn out with doing very little and suddenly it’s become bedtime.
The observant will have noticed that we’ve now put some content into the sermons and bible studies sections on the top bar. These are in Spanish, and Spanish will probably continue to be the main language of those sections for the foreseeable, given our current audience. So for anyone who reads Spanish and might find our stuff useful, it’s there. Obviously we would prefer to be acknowledged for anything you use, but we also recognise that imitation is the best form of flattery…

When I booked our tickets to England with TAM airlines over the internet, I arranged an itinery which I thought gave plenty sufficient time to make the changeover in Sao Paolo. TAM airlines then contacted us to say that the gap wasn’t long enough and so we were being rescheduled. Which as Martin said is fairly poorly disguised code for “We’re even less competant than you think we are”. However, compared with our experience with TAM a year and a half ago, I am pleased to announce that they have made some serious strides to becoming a serious grown-up airline. The whole operation is now much cleaner (as are the planes), timing pretty nearly spot on, they got themselves organised to give us well-placed seats for travelling with a small child (they were practically the best seats in the house short of offering an upgrade in fact). I think the main thing they lack now would be some staff that speak Spanish. Given that this is their flagship route into a continent which only actually uses two major languages, it would seem reasonable to expect the cabin crew to speak both of them rather than putting all anouncements into English and Portuguese and relying on other passengers to translate for the Spanish speakers. That said, when we travelled KLM a couple of years back, they seemed to have a similar policy, and at least translating “she says she’d like some water please” “she says she’ll bring you some in a minute” relieves some of the boredom of crossing the Atlantic. And TAM didn’t lose any of our luggage which KLM, BA and Air France have all managed to achieve at least once each.
Joni nearly caused a minor international incident coming into land, watching out of the window as we came down through the clouds he announced “look, fire!” and then when he saw the houses and trees below us and I explained that we were up in the sky “plane fall down”.

So here we are in blighty, only for a couple of weeks this time. Last time when we left Cordoba for four months, someone suggested that we needed to have a going away party. So I organised it, bought everything, prepared everything, invited the people, Martin did the barbecuing, and I did every last bit of the clearing up afterwards and I vowed never to do that again. This time, someone else suggested that we needed to have a going away party (for a two week trip!) and twenty people came, they all brought food, they all helped with the preparation, one of the guys did the barbecuing, one of the young people had made a cake, willing hands set the table, and willing hands helped to clear it all away afterwards, and seven of the guys came to see us off from the bus station on Monday night. Two nights, two cities, two hours away, two worlds in the same country, and to me a summary of the experience of living in these very different contexts. If I never had cause to go to Cordoba again I promise I wouldn’t complain, but San Francisco, well that’s a place I find I might even look forward to going back to in a couple of weeks time.

I made the mistake of telling Joni he was going on an aeroplane. He gathered his toys together in a little bundle and spent the morning following me around with his armful of toys saying “pane? pane? pane?” Toddlers don’t have much concept of time, and Tuesday is a long way away.
We’re diving into the UK for a couple of weeks; got a wedding to go to, family to see and a few other bits to do, and we’re not planning on doing any more than a minimum of driving anyway, which is why we haven’t gone public with a schedule this time, but to anyone who is available / local / would like to see us, we’re more than happy to stand you a shandy if you’re willing to do the travelling, we arrive on Wednesday, and leave again on the 30th.

Not only do we have internet again in our house, but we are also launching our new-look, revamped, refurbished and revitalised website. It is still a work in progress, but this is more or less how it is going to look and function, so do let us know what you think.

A big storm on Thursday night took out both our electricity and the internet. Fortunately the electricity came back very quickly, but we are still without internet. This is being typed in a town-centre internet cafe, on a very slow machine with an annoyingly sticky keyboard (reminds me of the old manual typewriters) whose symbols need to be accessed by knowing the “alt” numbers; alt64 for @ etc.
Hence my next move will be to abandon this and go order coffee instead.
Have a good weekend, hopefully normal service to be resumed soon; in Argentinean time…