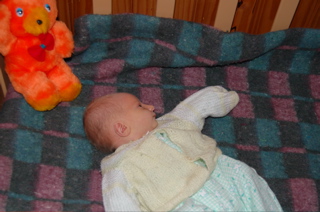 The Hospital Privado let us out again on Wednesday morning. Luckily mummy had managed to dash into town between feeds and more or less put the cot together. So now Joni has a proper bed, complete with orange Teddy, who was hand-made by David, one of the guys whom Martin visits in prison. 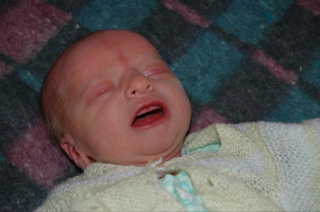 Latest addition to the list of complaints… being put in his cot. O perverse boy-child of your father…

Yesterday we had one of those “Argentina days”. We need to register Joni and begin the process of obtaining his birth certificates, ID documents, and eventually passports. We also had a parcel to collect from the post-office. So we thought we’d go to the registry office and make a start. First problem, we weren’t sure which of the several registry offices we needed. So we went to the one that is already handling our own paperwork as foreigners. Wrong answer. But they told us which one we should go to.

So we took a taxi across town. Right place, wrong time. “You need to take a ticket, and we start giving out tickets at seven in the morning, and if you want a ticket for today then you need to arrive before they are all gone, which is usually around nine o’ clock”. But of course. We did manage to find out what we would need to bring to increase that chances of making progress on our next visit. Passports, and a certificate of place of residence which apparently can be obtained from the police. So on to the central police station.

The butch looking police-women in scary uniforms cooed and gurgled over our baby; one of them actually took him off into the back office to show to the other staff. They even directed us to the correct department of the police station. Right place, right time. In order to obtain a certificate of place of residence you need to bring: passports, got those; residency papers, got those; and two witnesses who are Argentinian nationals, with valid Argentinian DNI documents, darn, dead end. There’s one to organise. So we thought we’d take advantage of being in the right area of town and walk to the main post-office to collect the parcel.

Wrong post-office. Please excuse us for not guessing that “CBB 4” printed on a piece of card referred to some back-street sub-post-office in some random part of the city that we hadn’t thought to go and visit. So we took another taxi across town and lo and behold there was our parcel. Hooray! It’s all a treasure hunt.

Monday’s job… back to that registry office.

We were back at the Hospital Privado this morning, registering Joni for his health cover, and having his first battery of checks done. The first blood test showed up as high for “bilirrubina”, whatever that might be, think it’s something to do with jaundice as his eyes are yellow rather than white at the moment. So they’ve taken him back in and they’ve got him under a sun-lamp, no kidding, people pay huge amounts of money for this kind of treatment. We’re not sure how long he’s going to be there for, certainly overnight tonight and they’ll tell us tomorrow. They’re letting us in every three hours so that I can feed him. 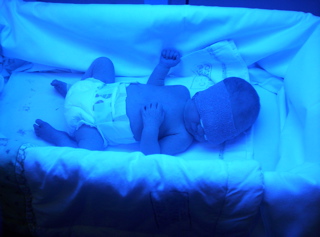 Here he is, looking slightly surreal and purple. Latest list of complaints: having his clothes removed, being dumped into a plastic crate, being blindfolded. Parents also have a complaint to register: not being allowed to sleep last night… never mind, when he’s fourteen we’ll probably be looking fondly back on the nights when he kept us awake by staying in rather than by going out!
Doctora Travela, our gynecologist, said “it might have been happening for thousands of years, but it’s still a miracle every time”. So this is us, introducing our own little miracle to the world.
Jonathan was born yesterday, 22nd of September at 10.50 in the morning. His full name is Jonathan Oscar Frost which he’ll probably grow into one day. Jon (or Joni is the norm in Argentina) will also suit him fine. He weighed in at 2.7 kgs, which I think is about 5 lb 15 oz in old money, he was three weeks early, so he’s quite little and skinny, and like his name, his clothes are all too big for him. 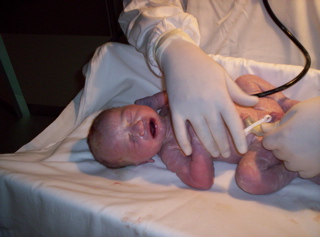 This is Jonathan, newly arrived in the world and registering his first list of complaints… being cleaned, being suctioned, being weighed, being measured, being injected, being dressed…

I learnt that babies don’t arrive looking pink and cute, I’m guessing eight months in a warm bath followed by being stuffed down a drain-pipe probably doesn’t do a great deal for ones complexion. He looks a lot better a day later. I was also surprised at how counter-intuitive the giving birth process was for something that is supposed to be “natural”, I wonder if that’s what Genesis 3:16 means when it refers to increased pain in child-birth. 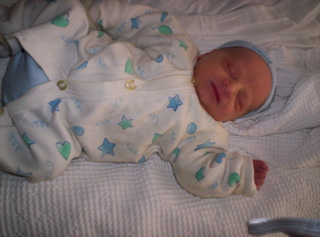 Here he is clothed and in his right mind, looking pink and cute in our room on the ward. 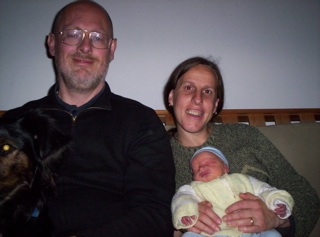 This is us released from hospital, arrived at home, and setting out on a whole new learning curve, encompassing the enormity of psalm 139 and being entrusted with the nurture of this little person whose every detail has been crafted and known by God since the beginning of time; to the “significant trivia”, like how we don’t yet have any sheets for the cot… 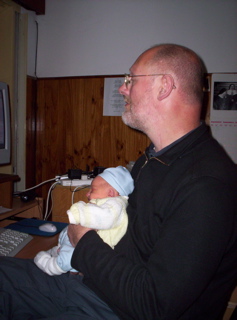 Training for the family business begins at an early age. Here he is having bonding time with Daddy, who by the way did a superb job yesterday gowned and scrubbed up in the delivery suite, and is fast becoming a dab hand with those nappies. 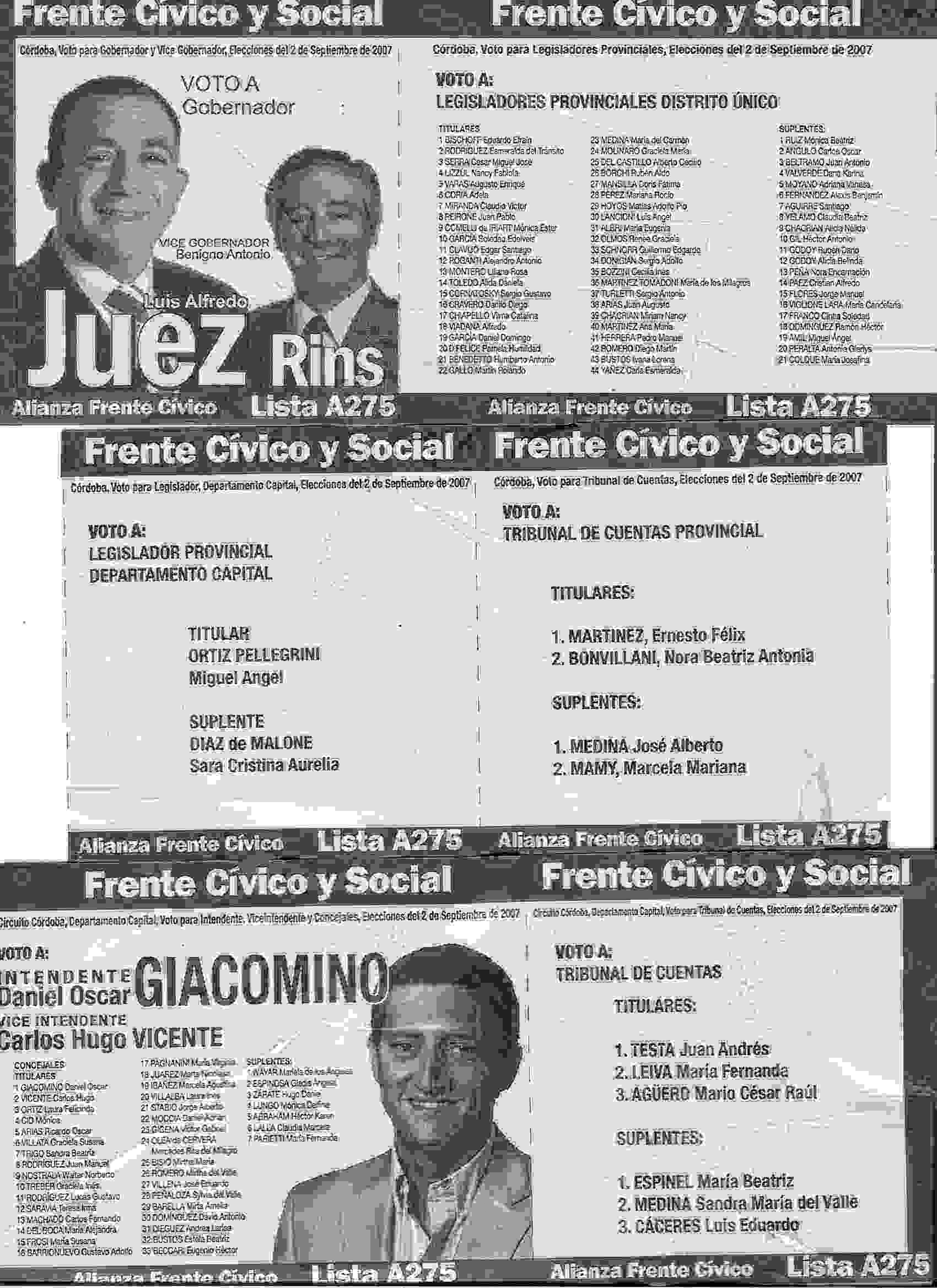 The other Sunday we went to the polls. Argentina has presidential elections coming up at the end of October for the whole country, but in the meantime each province also sets its own date to elect provincial and municipal governments. So we had the opportunity to go and vote with some friends of ours. The friends did the voting, while we tagged along as unofficial election observers.

Voting in Argentina is a complicated business. As well as voting for the Governor of the Province of Córdoba, we were also voting for the “Intendente” of the city of Córdoba (the closest in English I can find is “Mayor” but I don’t think that’s a good translation). Both the provincial Governor, plus the municipal “Intendente” have a raft of councilors and law-makers which are also elected, and within the province each town and city were voting for their corresponding local governors and law-makers at the same time. All in all, each member of the public had to make six votes.

On entering the polling station, you present your ID document, which is checked against the list by the lead person, then double checked by several others along a line. You are then handed an empty envelope which has been stamped and countersigned several times. This is effectively your voting paper. Envelope in hand, you pass through the doors into the voting area.

Before you is a table, upon which is a bewildering array of lengths of shiny white toilet paper about half a metre long (remember those primary school days?) Each one represents a political party, or an alliance. The idea is that you search for the length of toilet roll that represents your political allegiance, fold it up, put it into your envelope, seal same, and drop it into the voting box, job done. Would that it were so simple….

Remember that each member of the public votes six times in total, one vote in each category. Each length of toilet paper on the table is also divided into six sections, one for each category. Now, the bigger political parties will put up their own candidates in each section, nice and easy. But the smaller parties won’t run in every section, so they will align a limited number of candidates behind one of the bigger parties. This means that there will be several lengths of toilet paper which at first glance appear to be the same, but read along and you might find that the small print in one of the sections contains a little group of communists, neo-faschists, nuns on the run, and a variety of other practical jokers who have chosen to align themselves behind candidate X from one of the mainstream parties. So you need to be a bit careful in making sure you choose the length of toilet paper that represents the people who you actually want to vote for, or you might find yourself being represented by Crusty the Clown for the next four years.

But you’re not done yet. Now for the origami class. At this point you need to decide whether you want to vote for the whole package proposed by your chosen party, or whether variety really is the spice of life. You might decide that you want a provincial Governor from one party, but a city Intendente from another party, and some lawmakers from yet another party. So now comes the fun part. You take a pair of scissors, and you cut as many strips of toilet roll as you like along the dotted lines to put together your own DIY government. We’ve cut ours into three to make it fit the scanner. Think of it as fantasy football for grownups. But you need to be careful that when you are done, your envelope contains exactly six votes, and that they represent exactly one vote for each of the six sections. Otherwise your careful origami will be worthless, your vote will be invalid and you really will find yourself being represented by Crusty the Clown.

Two weeks later, we still aren’t quite sure about the outcome, as there is a dispute ongoing over the results between Schiaretti, who appears to have won, and Juez, who many think ought to have won, the two main candidates for provincial Governor. Crusty the Clown anyone….? 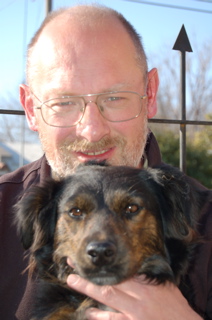 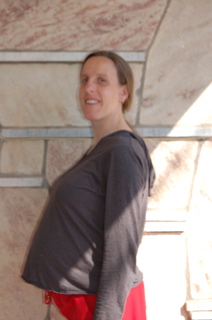 Fattest! Martin and Cami are very jealous because they have been working for years on their stomachs and I have come in from behind and overtaken them both from no-where! 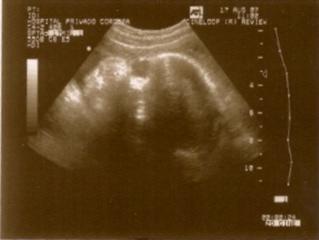 The cause of all the trouble. Blissfully unaware, at his seven month scan a couple of weeks ago. We saw him asleep with his foot in his mouth…. aaaah.