Simple maths would suggest that if I answer more emails than I receive, then eventually the backlog should clear.  But for some reasons the maths isn’t working.  I’m starting to suspect my inbox of breeding.

I don’t normally swear on-line, but sometimes you have to call a spade a spade and Microsoft truly are a bunch of (word to rhyme with) bankers.  I had to sign into Martin’s Skype account, and then when I tried to sign back into my own it gave me a load of guff about needing to update my security information which I had to do at this web address.  Now, I understood that Microsoft are web giants, but apparently they don’t have anyone who is able to produce a hyperlink, since the only way to get to the given web address was to write it down with a biro on a piece of paper and then type it back in, since I wasn’t even able to highlight it to copy and paste, let alone click on it.  I thought maybe there was some sort of security reason why they wanted people to type it in, but well, see for yourself https://account.live-int.com because although I’m not an IT professional, I am able to produce a hyperlink, and you will discover that clicking it merely takes you to a sign-in screen.  Here I attempted to sign in using my Hotmail account (Microsoft own Hotmail), but I have long-since stopped checking the Hotmail email address after I decided I didn’t need any adverts for penis extensions (i.e. about two minutes after I opened the account, given Microsoft’s non-commitment in dealing with the spurious use of their products).  And apparently this short-sighted lack of interest on my part means that I no longer have an account with Microsoft, which is rather inconvenient if I ever want to sign into Skype again.  Fortunately I did manage to find a work-around, but I am not sure how long this loop hole may be available for, so if I disappear from Skype, at least you know why.  And the moral of the story is keep reading those medical ads. if anyone feels like writing a good competitor for Skype that isn’t dependent on having a Microsoft account, I’ll be the first in line.

Apart from that, the week was taken over by writing a sermon and organising a birthday party for a 6 year old and twenty-five of his friends.  Both went fine for different reasons.  The sermon is up under the sermon’s tab at the top of the page (it’s in Spanish).  The party was in Spanish too, it looked like this; 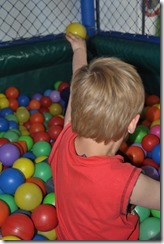 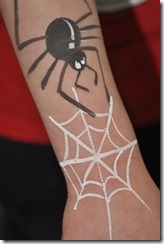 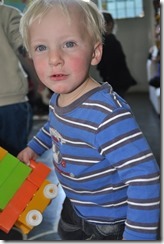 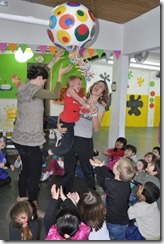 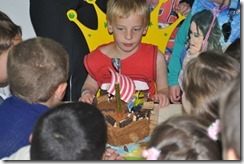 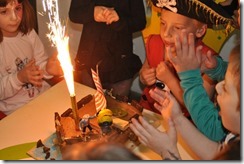 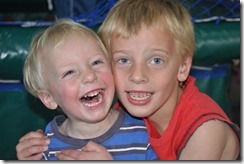 Tomorrow I have to teach English and go to the bank which between them will take care of the morning, but if you are a sender of any of the hundred-and-five outstanding mails in my inbox (and those are all genuine mails since the nice man at Usermail has a nifty device which strips out the penis extensions – in a manner of speaking – do take note Microsoft) then I promise I will get to you at some stage in the hopefully short-ish-term future.

To anyone who diligently read our newsletter and then obediently moved across to the blog for the promised update, I apologise for not writing it sooner.  Friday I was in Santa Fe, meeting with the University, as described in said newsletter.  The bit I didn’t mention was that we were then on camp with Scouts for the weekend, so Friday evening onwards was a whirl of cutting out stuff for activities, packing other stuff for me and the kids (kids as in mine and everyone else’s) followed by a weekend of running around after them all (ninety six in total; the three San Francisco cub packs plus my progeny).

Meanwhile, back to validating qualifications.  We went to do the sworn statements during which two friends had to agree that I am indeed a professional of special education.  The policeman at the desk said, that’s ridiculous, how can these people possibly be asked to recognise you as a professional of special education if the whole purpose of the exercise is that the University is supposed to be doing the recognising?  To which I smiled and confirmed that the same thought had indeed occurred to me.  Oh well, he said, if that’s what they want, let’s get it done.  So we did.  After all what would a tiny western mind and a lowly policeman understand of these lofty matters?

Armed with my folder containing its two-inch stack of paper, I met with my contact at the University of Santa Fe.  He took all the paper out of the folder, swiftly realised that his stapler wasn’t nearly up to the task, put everything back into the folder, filled out a form, produced another document, and we hand-delivered the whole bundle to a different office located within the bowels of the admin block.  And now I have a number.  If you’re reading this in the UK (or probably anywhere else other than Argentina) you may not realise the significance of having a number.  This means that I am now officially “en trámite” (“en tra-mi-te”; undergoing bureaucratic process).  This means that I exist, I am part of a bigger system, someone is taking responsibility for dealing with my case, and if anyone asks, I can quote an official number at them which is often sufficient to suggest that positive proof is on my side.  In actuality a reference number is no guarantee of a swift resolution, or even of any resolution at all; they still might say no, or furnish me with another list of hoops to jump.  But I am now further on than I have ever previously managed to progress with any of the myriad of institutions upon whose doors I have bashed to date, so at least until they say no, I can enjoy my new status of being “en trámite”.

As writers of Christian song-lyrics descend to unfathomed new depths…

As with Calvin, the revenge of the Killer Bicycle has been an on-going theme in Joni’s life for quite some while.  However, having banished it to the darkest corner of the garage for several months, it appears to have learnt its lesson (helped by Joni growing a couple of inches in the interim).  It was finally brought out of its dusty exile this week, and of course now he can’t get enough of it; 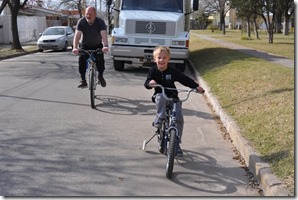 Danny comes along for the ride, and to wipe chocolate down Daddy’s back by way of a side-show; 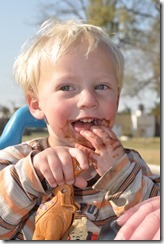 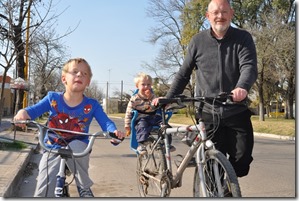 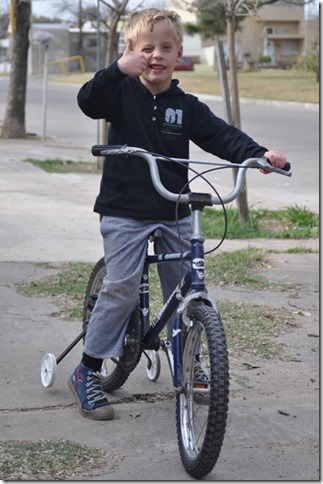 Still here, still translating.  I finished the Manchester document.  I’ve started on the Cambridge one.  That took quite a lot of preparation.  Imagine a photocopy of a document from the 1980’s.  Then scanned in and saved as a PDF.  Not wonderful quality but legible; to the human eye.  But in order to upload it into the translation software it needs to be in Word.  So convert from PDF to Word.  Machines are pretty good these days, but for reading poorly photocopied then scanned and saved as PDF documents clearly you need the human eye.  So it took me the best part of a couple of days to go through the Word doc and render it into recognisable English in order to turn it into Spanish. That was even less fun than it sounds, and even now while I’m translating, I’m discovering various places where arc should have been rendered are.   It was rather tempting on the other hand to decide that leaching might be a more socially useful occupation for children than wasting teaching on them… I could even think of a few specific examples to put forward as potential candidates; starting with that year 9 geography set.

Then I need to have the whole lot printed out in both languages, not on our printer it’s rubbish, so that’ll be a trip to town.  I’m hoping to be able to present the whole thing to the University next week.

There’s loads of other things going on, which half of me would stay and blog, but it’s been a ridiculously long day, and the other half of me has already gone to bed.