“But we live in a world that has lost its appreciation for small things. We live in a world that wants things bigger and bigger. We want to supersize our fries, sodas, and church buildings. But amid all the supersizing, many of us feel God doing something new, something small and subtle. This thing Jesus called the kingdom of God is emerging across the globe in the most unexpected places, a gentle whisper amid the chaos.”
― Shane Claiborne, The Irresistable Revolution; Living as an Ordinary Radical.

Sometimes, or most of the time, saving the world, caring for the environment, resolving world hunger, and being certain that whoever made my stuff isn’t keeping their workforce in slavery, feel like big and impossible tasks. Sometimes navigating our own household relatively unscathed through another week is enough of challenge that I couldn’t honestly tell you when I might be able to gather the extra time or emotional energy to be building the kingdom of God in Argentina.

I don’t know about anyone else, but when stuff looks hard, my tendency is to do nothing and hope that either it might look easier tomorrow, or better still, that it might go away altogether. Possibly a better idea is to start by doing something small. So here’s a couple of small things I did. Heck there’s a lot of us on this planet, if everyone who had the chance of doing something small, did it, and then shared the small things we did so folk could copy each other’s ideas, it might actually add up to changes worth making. 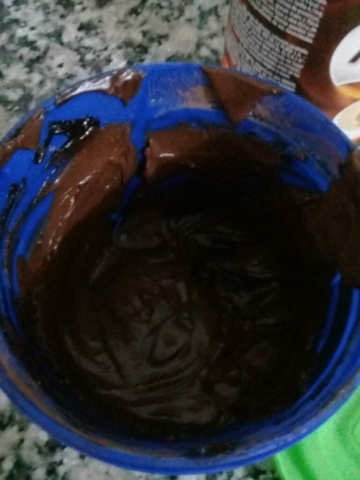 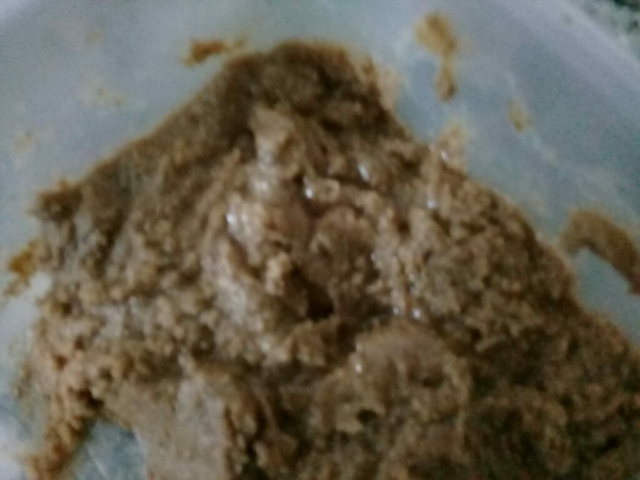 Drum roll. Or maybe cocktail sticks on a peanut roll…

I made chocolate spread and then I made peanut butter.

Neither chocolate spread nor peanut butter are a thing in Argentina. You can get them both if you look long and hard enough, and pay through the nose, and both will have travelled substantial food miles, and they come in plastic pots, which we can’t yet recycle here. So making them is definitely the better option for all of those reasons.

For chocolate spread there are lots of recipes online, but most involve melting chocolate which is also kind of expensive here. So the recipe I used is two dessert spoons of unsweetened cocoa, two to three dessert spoons of sugar. Mix these into a thick paste with a very little boiling water. Add approx 100grams of very thick cream. The cream needs to be spreadable consistency otherwise the whole thing ends up too liquid. And that’s all. It keeps for a few days in the fridge on account of the cream. You could probably also grind up some walnuts and add them. We didn’t try that yet. I also like that we can buy our cream loose here, just take a cup to your favourite corner store and they’ll weigh it in. The same is true of grated cheese, breakfast cereal, raisins, and a whole bunch of other stuff.

Peanut butter is even easier. And peanuts are grown just a hundred kilometres down the road from us. Take a handful of peanuts. I used about 200 grams of ordinary shelled unsalted peanuts with the bits of brown husk still attached. We buy those loose here too. Put them in the food processor for a couple of minutes. We don’t have a food processor, so I attacked them with the stab mixer which takes a bit longer and keeps clogging up so the whole thing took me probably five minutes instead of two and half. Watch them turn from nuts to bits to dust to paste. When it looks like the kind of consistency you would like to eat, turn the mixer off. Add anything else you’d like. We added a bit of salt and a bit of sugar. And on the second day we also added a drizzle of sunflower oil.

We probably didn’t change the world too much. But the kids are happy. And we saved some food miles. And four plastic pots a month from ending up in landfill.