Having left ourselves with the sum total of a week to organise the main Scout camp of the year, unsurprisingly we then discovered that most of the families couldn’t afford to pay for it at such short notice, so our busy seven days took on a life of their own as we organised a sale of canelones (that’s savoury pancakes if you’re English) in order to fund the camp.  Hence during the 48 hours prior to leaving  we made and stuffed a total of 720 pancakes, which enabled us to reduce the costs for everyone, some kids even went for free, and ironically, we actually had money left over at the end of the camp; an unheard of phenomenon.

Last minute complications apart, summer Scout camp in the Daniel Ñañez group follows a beloved and trusty formula; set up tents, make fires, go for walks, swim in river, tie knots, play games, sleep little… And yet, every camp is different; a different site, a different river to swim in, a different sunrise to watch, different dynamics of a different group of kids; even the ones who came last year are a whole year older now, different games, a different campfire, different stories to tell; a whole new adventure waiting to happen…. 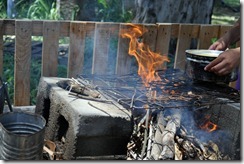 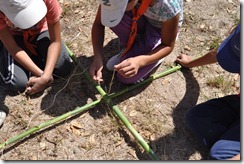 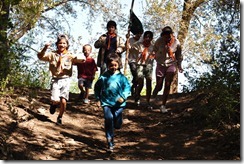 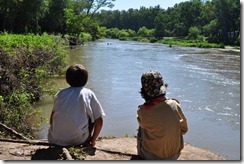 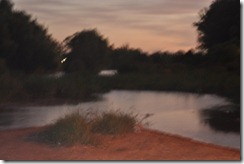 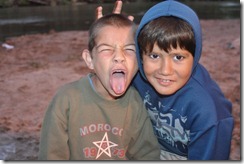 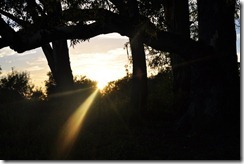 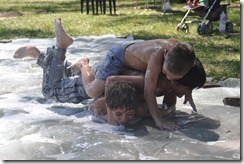 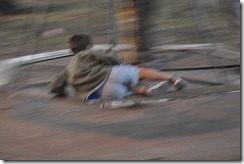 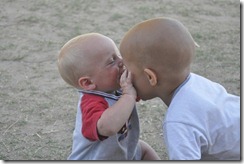 This week’s text book is history.  Nobody mention the war.

For a summary of this week, last week, next week and every week till the end of February, read the last post (sing it as well if you like).  This week’s text-book is citizenship.  I guess “citizenship” is probably essentially code for “government propaganda” in most education systems, but it sure looks starker in a different language and culture.

Other than that, not a lot is new really.  Joni has a cough, Danny has conjunctivitis, both are getting better, and neither seems to be bothered anyway.  This afternoon we ran a few errands on the bike, and rounded the trip off in a different plaza than our usual neighbourhood one in order to take in a handy ice-cream shop on the corner.  Last week we went over to Devoto, one of our favourite places for an afternoon out; half an hour away, it has a big plaza, an ice-cream shop opposite, and a couple of blocks away a biggish duck-pond where we spotted ducks, geese, cormorants, lots of turtles, and a shoal of little fish eating a pipe (or presumably the miniscule algae growing on it).

In the mornings summer scheme chugs along. The guy I’ve been partnered with this year I’d previously only ever seen from a distance at the special school, where I had formed the impression that he “doesn’t do a lot”, but having worked with him for a couple of weeks I’m changing my unscientific analysis to “he doesn’t normally find school very motivating”. Certainly things to think about for the next academic year if I can find any way to influence his school context.

And meanwhile I still have that Scout camp to organise… but hey it’s a whole seven days away, and luckily in Argentina we have elastic time and anything can happen in a week.

Happy new year world, hope yours was a good one.  We went north and spent a week in the swimming pool with the rest of the Latin Link team (we did some other things too, but the pool is the bit that Joni is still talking about).

New Year feels like a long time ago already, I’ve since disappeared into a little vortex.  In the mornings I’m at the disabilities summer scheme (another swimming pool) which keeps me out of the house from 8 till one.  In the afternoons we have a siesta, and then I entertain the kids until they go to bed at nine-thirty or so.  After that I’m filling the evening with secondary school text books; trying to cram into a month and a half what most kids would spread over six years, ready to be examined on it all on an as yet undetermined date at the back end of February.  (Begs the question as to how on earth they normally manage to stretch it out over six years, although I think six weeks is going to be rather tight).

Somewhere around the edges I’m also trying to clean the house, keep up with the emails and admin, and organise a Scout camp for the 23rd-28th.  Meanwhile, the kids are in bed, a geography textbook awaits, but first I’ve promised Joni a jelly for tomorrow, so let’s go fill the unforgiving minute.