Now and then we had a hope that if we lived and were good, God would permit us to be pirates.
Mark Twain, Life on the Mississippi 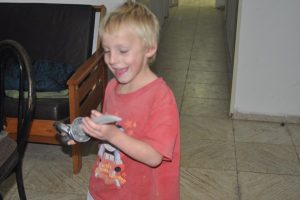 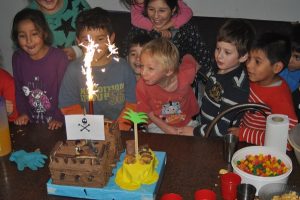 I  was highly chuffed with myself with how the cake turned out. 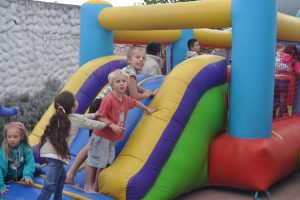 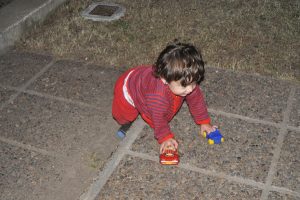 Luckily it didn’t rain despite threatening, so most of the pirates spent the afternoon outside.  I also set up activities around the house – train tracks to build, lego, colouring, puppets and the like, so they entertained themselves in an approximately organised fashion, apart from a few incidents of bombarding each other with lemons off the tree.  After all, one can’t expect pirates to be too civilised.

The pirates went home.  We cleared up, bathed everyone, and congratulated ourselves on a day well seized.

At ten thirty at night, ex-prisoner friend turned up.  We were sort of expecting him, but anything can happen.  This time the anything that happened was that he had two of his children in tow, and despite Martin having spoken to both him and his wife on several occasions throughout the day, neither of them imagined that we might have preferred to have been given that small piece of information in advance.  I was very tired.  I was probably less than gracious.  I pointed out that there are already eight of us in the house this week, and if all eight brought along “only two more” without checking first, we might be struggling to fit the twenty four of us round the table.

Today we have posted them back to Cordoba.  Tomorrow we need to have a slightly less stressed conversation regarding boundaries and channels of communication.