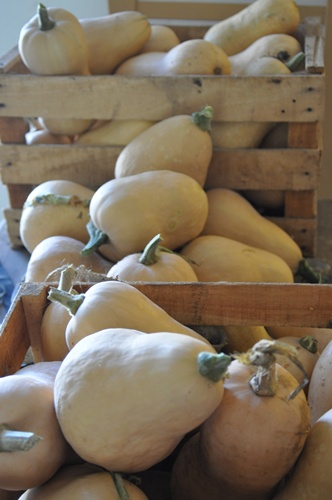 This the penultimate harvest of the butternut squashes, gathered over the last few days. The final few are still ripening on the plant, and when they’re done in the next week or so, we may even rediscover our patio: 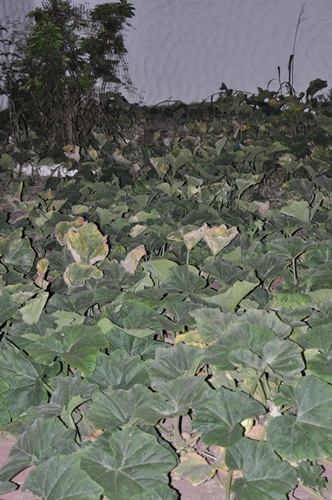 I lost count how many we have had over the last couple of months, but it must have been at least a hundred, sometimes we’ve been harvesting them faster than we can give them away. We even had a rule at one stage that no-body was allowed to leave the house without taking a butternut squash with them (or Corianito as they are known in this part of Argentina).

Our least preferred recipe was the one that everyone waxed lyrical about here; crystalised cubes in sugar syrup. Fortunately there are plenty of other things to do with a Corianito. Oft repeated favourites include soup, “not-carrot” cake, anything involving mash (e.g. shepherd’s pie), stews, casseroles, pies, and bread. I’ve been making a regular batch of four small loaves which we dump in the freezer and work our way through in about a week. It’s a lot cheaper than buying bread, and uses around five hundred grams of grated Corianito to one kilo of flour.

Not to be outdone by his domestic goddess mother, Joni has thrown himself into the world of house-hold chores, particularly washing the dishes (along with himself, the work-top, the cupboards, the floor):