I didn’t realise the local rag had such a wide readership!  Last week was apparently the “day of the immigrant”, and in a polar opposite to coverage in the UK press (“bogus asylum seekers” etc.) the media here positively celebrate the diverse contributions that immigrants bring to enrich the local culture (especially when said immigrant is white, in this aspect we do overlap with the UK gutter press).  San Francisco being an agricultural backwater attracts nothing like the cosmopolitan communities of a Buenos Aires or Cordoba, so “Los Ingleses” were wheeled out to provide official comment for La Voz de San Justo; 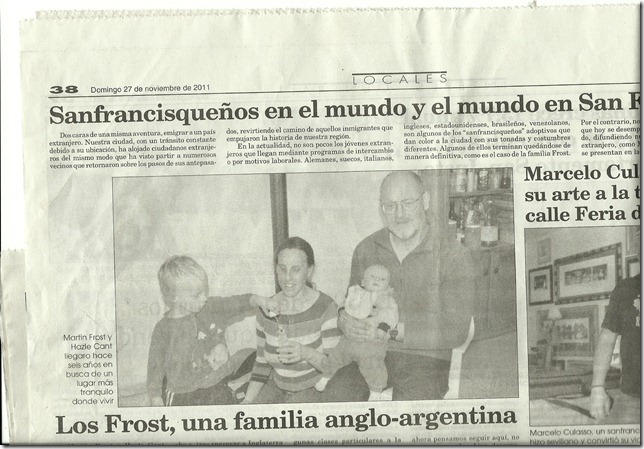 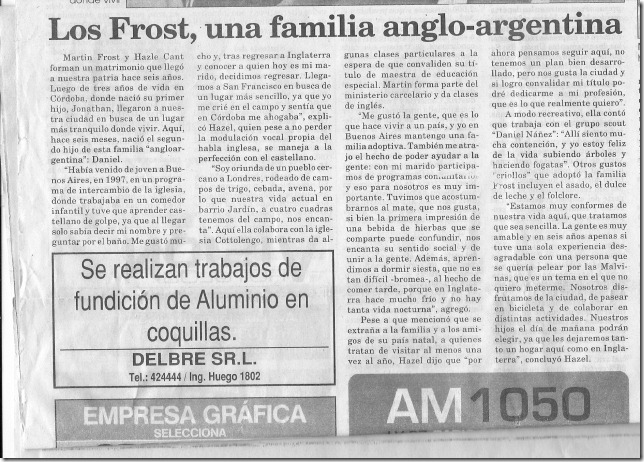 You could probably put it through a translator for the details.  It is mostly accurate apart from various spellings of my name, and I’m not fully certain how How did you come to San Francisco? “we’re working for a mission organisation” managed to become “Martin Frost and Hazle (sic) Cant arrived six years ago looking for a tranquil place to live…”  (in fact one might argue that the two ideas are 180 degrees apart).  Other than that though, it gives a positive account of us, and has us giving a positive account of Argentina, and by the number of people who have stopped us in the street this week it appears that most of the city has read it; all good for public relations.