Advent calendars don´t exist here, so I made one as part of our drive to put some meaning into Christmas celebrations.  It is essentially a stack of 25 cardboard tubes cut from kitchen-roll inners.  They are glued together in a house shape; I borrowed the idea from here .   I bought some chocolate moulds and spent a few hours melting and setting chocolate shapes.  I made some little cards with a sentence from the Christmas story on each one.  Here’s a thing; there is an almost complete correlation between north American home-schooling mums and people who make Bible verse cards to go into their advent calendars, the result of this is that the only half-way decent ones I could find all use the King James version of the Bible. I don’t know if home-schooled north American children are any brighter than any others, but I’m not convinced at my six year old’s ability to read or understand the KJV.  So here is my alternative, but I did crib the images from other peoples’ sites, so definitely don’t do anything commercial with this or we’ll all be in trouble. 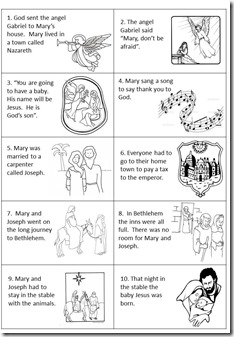 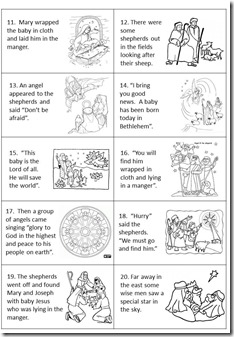 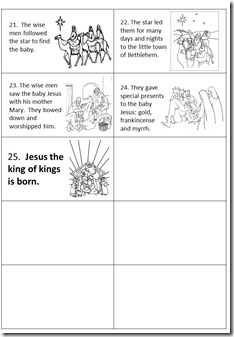 Spring is here, the sparrows are nesting in our roller blinds once more, and it seems to bring out my own need to be creative, so I have made spicy chutney (also unavailable in Argentina), and figured out how to batter my own fish, and Joni and I have made smartie cookies, and a junk model pirate ship.

We went on Scout camp last weekend where all the activities focussed on teamwork, so we made water rockets, and mud sculptures amongst other things.  Joni brought back six little fish scooped out from a horse trough, so having decided they were too small for battering (see above) we have spent the last couple of days gathering bits to create them a habitat (“We should put some stones in so that they’ll think it’s real..”) in a small tank which he chose as his reward for finishing his latest star-chart for reading and being helpful.

Meanwhile, having wondered for literally years whether San Francisco has enough ministry potential to hold us here, suddenly we find ourselves working in not just one, but two fledgling church-plants, two different groups of people, very different social starting points, but both equally keen to have us.  Martin is teaching in one on Thursdays and in the other on Sundays, while I am helping plan children’s holiday club activities for the summer, and running a workshop on autism on the 12th of December both on behalf of one of the groups.

A couple of weeks ago we received a report back from the people in the north who were checking out options for us up there.  There are two possible locations, one is Humahuaca which is where we were designated to go in the first place, and with hindsight we probably should have stuck to our guns and plonked ourselves there back in 2005, but now we are less convinced about it than the other option which is in Jujuy, a bigger city (comparing population statistics probably about the same size as Newcastle upon Tyne) with what appears to be some interesting ministry projects.  That said, the suggestion was that we should go to see both options in the last couple of weeks of November since Argentina in general will shut down from December to March (yes really, it’s amazing how the economy here survives at all but let’s not go there!).  However, we haven’t managed to organise a trip yet owing to the volume of commitments here, which then also begs the question as to whether we need to move at all.  So, all in all, we have made progress in that we now have a couple of concrete options on the table, but ironically we are also at a point where staying put appears to be a stronger contender than it has ever seemed in the eight years that we have so far been in Argentina.  Does God play brinkmanship?  Answers on a postcard.

And back to creating, in case I ever needed proof that my paltry talents pale into nothing before the master Creator, here are just a couple of the species of birds that we see just over the road in “our” plaza: 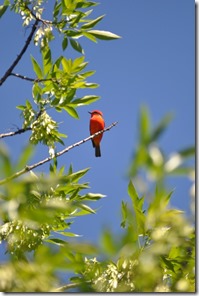 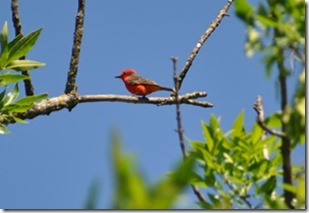 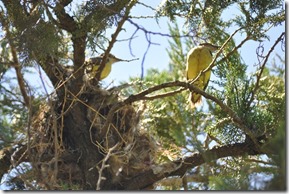