Yesterday was Joni’s 7th birthday.  We replaced his small second hand bike with an bigger and better second hand bike.  He wanted to take it to school.  We said he should test it out closer to home first.  Ten past seven in the morning found him doing laps around the plaza in order to convince us that he was safe to ride it to school.  He won. 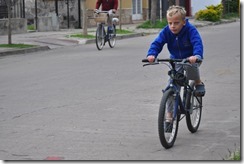 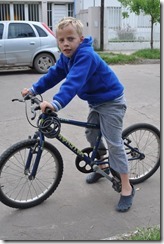 He decided that this year it was important to have his party on the same day as his birthday.  I made a guitar cake.  His friends were all impressed.  Birthday cakes here are normally either round or square with a plastic Spiderman/Disney princess (delete according to gender) stuck on top, so it is easy to generate a response simply by doing something different. 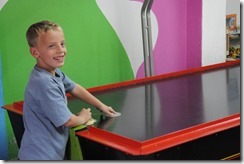 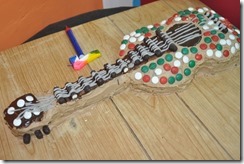 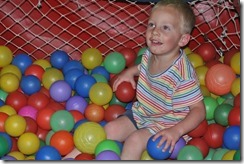 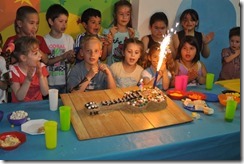 Last week disappeared into a flurry of activity.  The fourteen – now fifteen – year old announced that she wanted to come and live with us.  That is unlikely to happen for a number of reasons, not all under our control, but it meant that I had to attend two meetings at the teens hostel with support workers and the psychologist to talk about how we can build stronger and healthier links with her.  And then there was just the normal stuff of life, taking and fetching kids, teaching English, feeding people, working with Maxi.  I’m still writing sermons, and there was also a Scout camp this weekend which always involves a couple of days of running around gathering things, planning activities, generating paperwork, and buying food; followed by running around of a different nature, after the kids all weekend.  And then I disappeared into a different sort of flurry; of icing sugar into the wee small hours on Sunday night in order to produce the requested guitar cake ready for the big 7 on Monday morning.