Our nearest brewery Santa Fe Cerveza has brought out a lager named “Frost”.  We would like to believe that this is in honour of ourselves as fine upstanding members of the community.  A  more probable explanation is that English words are a fashionable way of selling products.  But it looks good on the kitchen table. 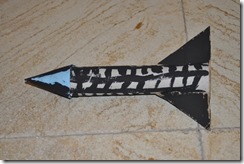 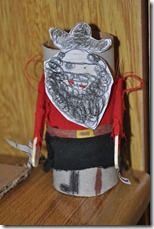 Cardboard tube middles of kitchen rolls make a great base for a multitude of kid’s creations.  The rocket and the pirate are Joni’s projects from this week. 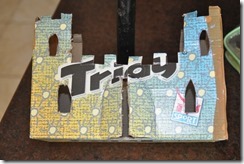 Danny is in superhero mode, and this shoebox was just begging to be a castle, so I attacked it with a pair of scissors.  Then I printed out a page of Mike the Knight characters and mounted them on cardboard so they’ll stand up-  Time taken; half an hour, cost; blob of glue and a page of colour printing, his response; priceless.

I love the fact that my kids enjoy both making things and playing with the things that we have made. 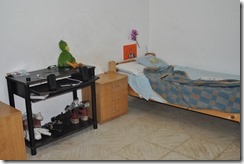 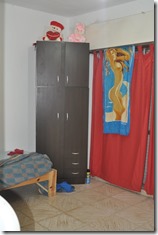 We bought a new wardrobe for the Teen’s room.  She spent an energetic couple of hours yesterday morning shifting furniture around, discarding the second spare bed, and generally transforming the area from spare bedroom alias pigsty, into a Teen bedroom.  I think it represents an important step for her to make the space her own, probably for the first time ever. 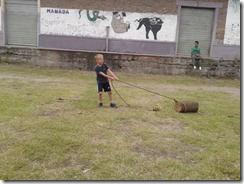 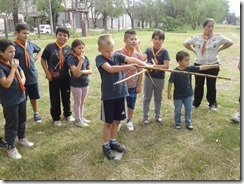 Scouts started for the year last week with a “Prueba de Hercules”  (Test of Hercules, I think we might have called it a mini-Olympics or something like that in England).  Joni made his own decision to start as a proper Scout this year now he is old enough at seven.  First weekend camp will be this Friday and Saturday.