So many blogs were nearly written that now it is impossible to remember what I thought I was going to say.  Which may be a blessing for the readership.

We learned some things about hospitality from a homeless guy from the northern corner of the country, who speaks Guarani, and is also Deaf, with some sort of additional learning disability, the combination of which made communication tricky to say the least.  There was a question mark over whether he might have been in prison, possibly ex-sex offender, which we never managed to verify in either direction, but we put some ground rules in place for everyone’s benefit.  We shared meals, clothes, footwear, and hot water for a month or so, and then he moved on again.  I’m not quite sure why we were called to walk this kilometre of our lives together, but some people have entertained angels without knowing.

Other things chug along.  Life with a Teen in the house goes up and down like an electrocardiogram.  Sometimes I have to step back and see the bigger picture in order not to get totally lost in the jungle of today’s series of small dramas.  She is making progress, and Baby is thriving.  This afternoon we were looking at a world map together, and she was asking questions (what’s the capital of Argentina? What country is France in? Could a tsunami reach us here?) which caused me to realise that probably no-one has ever invested that half an hour to do something so simple with her.

Danny is causing consternation at school.  The teacher wondered if he is autistic.  Everyone else who knows him confirms that is the most ridiculous idea ever, but we were posted off to a “psicopedagoga” (something like a cross between a special ed teacher and an educational psychologist) in order to prove it.  The psicopedagoga agreed that it is a ridiculous idea, and then came up with her own equally ridiculous alternative… he doesn’t speak Spanish because you speak English to him and children learn language from their mother.  Which is of course why there aren’t any other bilingual children in the world, and in fact no child ever learns to speak more languages than its mother… She didn’t say that bit, but it would be the logical conclusion of what she did say.  So now we are in the position of having a teacher who thinks she can’t do anything with this child, and a so-called specialist confirming that it is the fault of the parent.  The child in question is quite happy, takes life as he finds it, and enjoyed his fifth birthday yesterday for which I produced the rocket cake in accordance with request.  I have to make a expanded version of same for his party which happens on Friday.

Joni participated in his first bike race last weekend.  It was freezing cold and blowing a hoolie, but he thoroughly enjoyed himself.  The course reminded me a lot of when I used to do first aid duty at motocross tracks with the St John Ambulance.  Lots of mud and lumpy bits to go over.  The funkiest feature was an old bus with ramps made out of pallets so the riders had to literally ride on and off the bus, with two tricky 90 degree turns in the process: 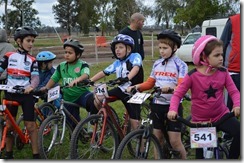 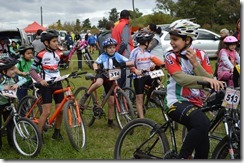 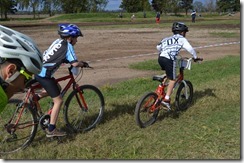 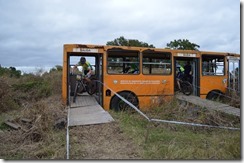 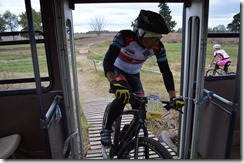 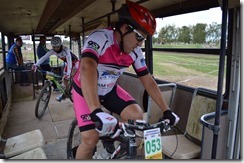 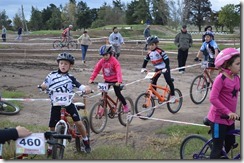 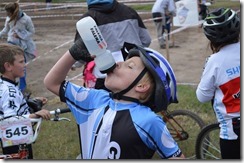