It has been documented that a common feature of third culture kids is that they can’t spell in any language.  Joni is an excellent reader in both languages, and Spanish has the advantage of being nice and phonetic so his guessed spelling mostly works out fine.  English on the other hand is littered with superfluous letters, and words that rhyme but are spelt differently, not to mention other words that sound completely different from each other but inexplicably share the same spelling patterns.

There are a lot of photos from Scout camp on my facebook page, I put them up there so other Scout leaders and parents can find them.  If you´re a facebook user “friend” me at Hazel Frost and you can take a look.

Then we went on holiday as a family to Arroyito, which isn´t far away and is just as hot as San Francisco but has the saving factor of a nice river which we spent every afternoon in.  We took the bikes across this time in the car, sending most of the family by bus.  It worked out well, we saw a lot more of the town and countryside around, and had more flexibility to come and go without having to walk everywhere. 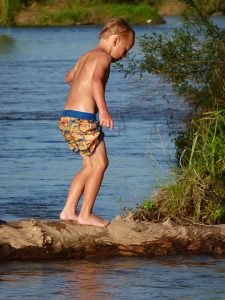 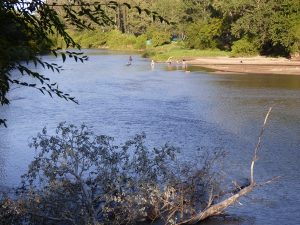 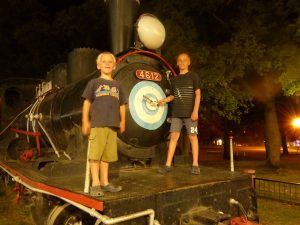 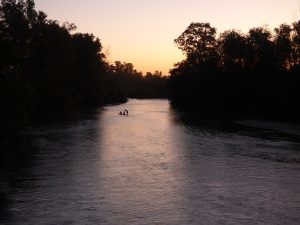 Stripping the bikes down far enough to fit all six into a small vehicle was a lot like hard work, think Christmas cracker jokes about elephants in minis, leaving aside the minor mishap that we managed to break the rear windscreen on the way back.  So at the moment I´m praying and looking out for a small second hand trailer for future use.  There are several being advertised on local facebook pages, it´s a question of sitting down and looking carefully at size, quality, and price.

Now we´re back in town and I´m trying to start preparing for school restarting.  Danny is riding this morning.  Joni is practising for being a teenager so he doesn´t get out of bed until after 11.  Martin and I and our landlord went to pay our house taxes this morning, and got out alive.  Those in the UK won´t think of that as particularly newsworthy.  Those who live here will probably understand why we think of it as a minor victory.