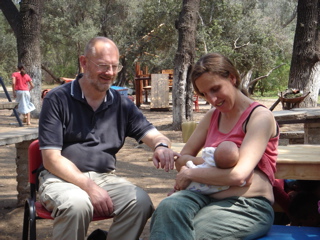 This little person in our lives is 40 cms long, he does nothing except eat and sleep, and yet he has taken over the universe. Forget WMDs, if you’re looking for global domination, this is the real thing. How does he manage it? At three o’clock this morning while I was feeding him (need to have something to think about if we’re going to be awake at three in the morning) I realised that eight out of every 24 hours are taken up with the feeding / changing thing. And that’s before we factor in the washing, shopping, cooking, and all the other aspects of “general living”.
I am enjoying the many opportunities for little creative projects on route… yesterday found me busily winding pompoms in primary colours to hang on the cot and push-chair, now that he’s started really looking at things. Run out of nappies? (OK… should have been more organised with the washing…) Go buy a roll of terry towling and make a batch. We’ve already discovered that light fleece material makes great re-usable liners. I would like to claim that I’ve become a domestic goddess, or even an earth-mother, but a quick glance around the house would tell a different story (photo not about to be included!) 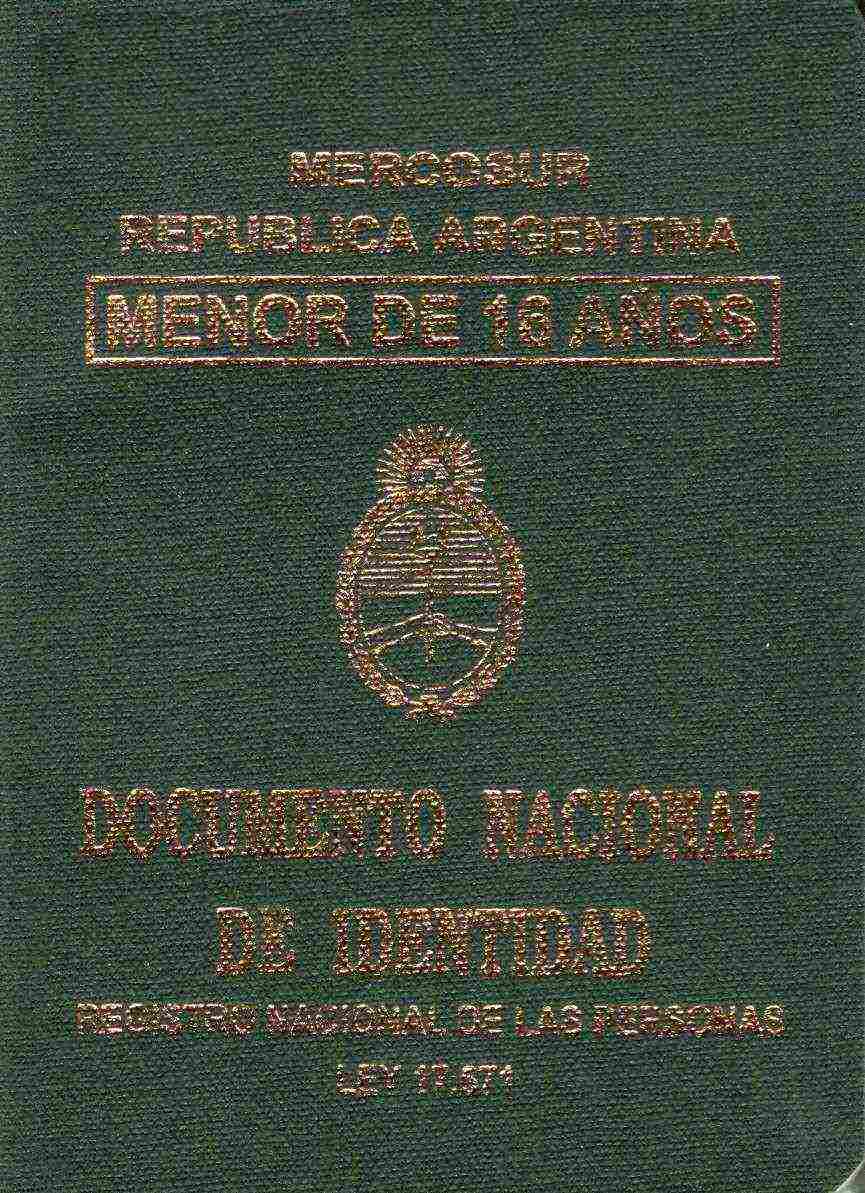 Monday we were back to the civil registry for another “Argentina day”. That took three hours. Then we thought we’d “pop” into the post office. That took another two hours during which we nearly lost the will to live a few times. Note to self; “pop” and “post-office” should not be used in the same sentence. We are very grateful for three things… one, that we live in a country where it is perfectly socially acceptable to breast-feed ones baby in any queue that one happens to be sitting in; two, that we managed to get out of the post-office alive; and most of all, that Joni now has his Argentinian DNI (ID document). We’re ridiculously excited about that, if you think about Argentinian paper-work as a game of snakes and ladders, then we’re like a pair of little kids who’ve rolled a six to go up one big ladder. 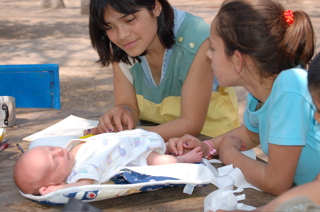 Thursday we went to the childrens’ home in San Marcos for the first time since Joni was born. The kids have all charted the progress of my growing belly from gestation to three days before the birth, so it only seemed right that they should meet him in real life while he’s still new and little. Inevitably we ended up doing some work, impossible not to, but mostly we spent the day playing outside in the sunshine, while Joni had a whale of a time being mauled and prodded by young and old. Luckily he really likes people, noise, movement, and going on the bus!