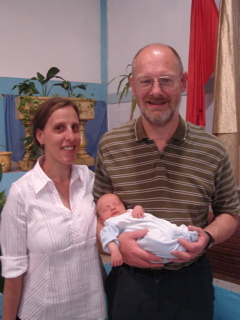 This is us looking halfway scrubbed and presentable at Joni’s official presentation at church, which took place on Sunday. 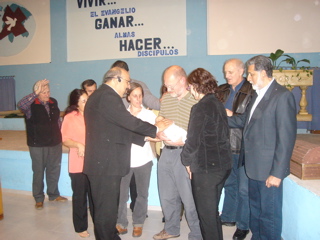 The presentation / dedication ceremony is a little rite of passage in practice in many churches, particularly those who reserve baptism for adult believers. We were brought to the front, Joni held up for all to see (imagine sound-track with lots of ooohs and ahhs), the elders prayed for him and for us, and he was officially welcomed into the family of the church. 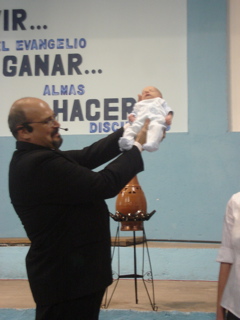 Exodus 29:41 “Sacrifice the other lamb at twilight with the same grain offering and its drink offering as in the morning—a pleasing aroma, an offering made to the LORD by fire”…. Oops.. wrong passage….

Don’t know about twilight, but we were having a rethink about sacrifices at 2 o’clock the other morning… in the end we decided it would probably be more socially acceptable to put him in his pushchair and go out for a walk instead…