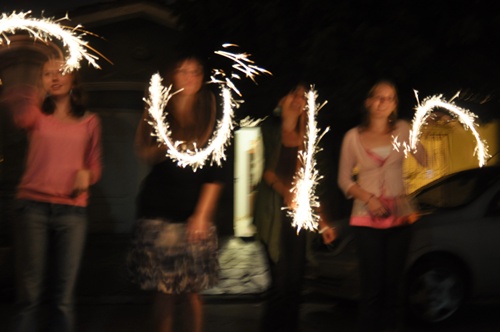 New Year’s resolutions for 2010; 1. Convert Argentina, and 2. Fix the car CD player. We plan to start with the latter.

Happy 2010, we hope you celebrated appropriately. The photo above is of us trying to write 2010 in sparklers which would have come out better if I’d known how to slow down the shutter speed. New Year’s resolution number three: learn to use that camera properly. We were up in Salta for a few days, medium sized city some 12 hours driving north from here, hence the need to fix the car CD player. Actually, Joni was extremely well behaved despite the lack of kid-music. We drip-fed him lollies, biscuits, cornflakes and all the major foodgroups, other combinations of sugar and additives. Front seat roles include driving and providing the cabaret; occasionally the cabaret rep takes a break by shifting across to the driver’s seat. Of the various Argentinian provinces we have driven through, Santiago del Estero is not the most picturesque, but it is almost definitely the most exotic (and probably the poorest). Road-kill (not by us) as well as the usual array of dogs and cats, included iguanas, tortoises, little green lizards (‘fraid we squashed a few of those, they’re so small), a pig, and a horse. Outside many of the little huts were makeshift stalls offering cacti, tortoises, pestles and mortars, and parrots. Think hunter-gatherer goes commercial.

Salta was fun, we had a rather “gringo” new year, actually it’s the first time we’ve been at an Argentinean festival without any Argentineans present, although we did gather outside with the neighbours for the traditional setting light to fireworks and tissue-paper balloons at midnight:

We also caught up with some good people who we don’t get to see that often, including a Welsh friend who Joni quickly promoted through the ranks of adopted uncles good for climbing on. It was nice to have the car in Salta too. Previously reliant on public transport, I’d done the city museums and coffee shops to death and beyond, so we enjoyed discovering some of the lakes and hills which are easily accessible by car just a few kilometres beyond the fumes and grime: 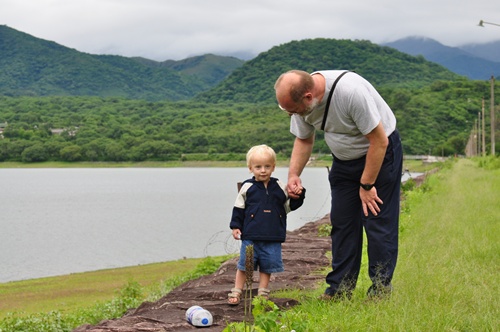 Now back in humid mozzie-infested San Francisco, I’m head-down in summer scheme, Martin’s head-down in UK tax-returns, and we’re starting to try and think about what this year might hold for us and where we should be concentrating our energies when we next come up for air.