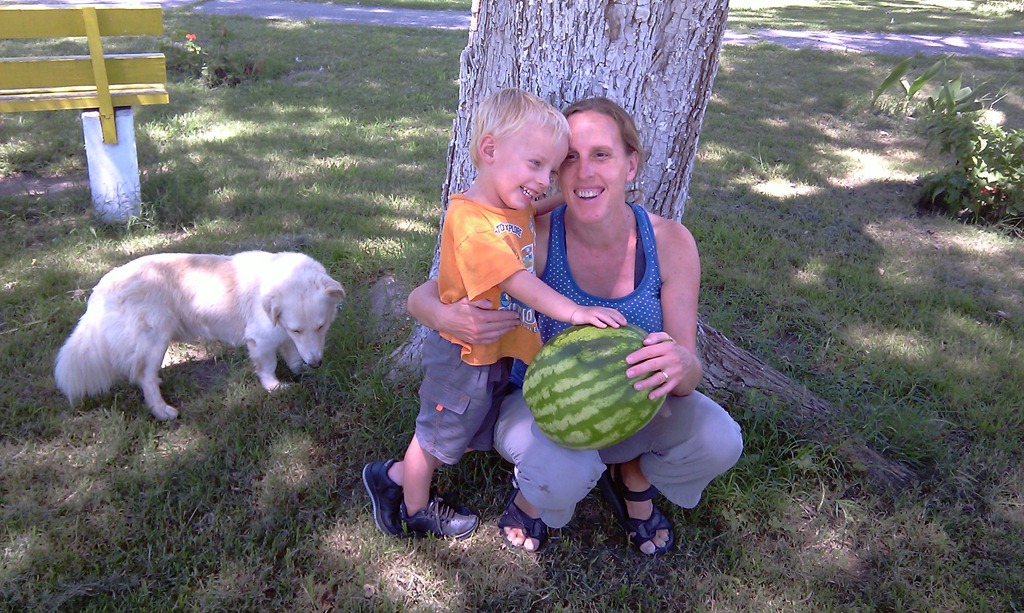 We’re still looking for the zebra, but the ayes have it as far as the watermelon is concerned.  Unfortunately we were too keen and picked it prematurely; I looked up watermelons on the internet and discovered several zillion sites carrying the information that it is very difficult to tell when watermelons are ripe enough to pick… which was the one thing I’d already managed to figure out for myself, hence the internet search in the first place.  I then found several others suggesting that I picked two or three “as a sample” to test… could be a good idea if you’re a farmer, but I only have three in the first place.  So now we’re doing a little home experiment to see if it will ripen in a cool shady corner of the garage (which is where I usually store the butternut squash and I reckon they’re probably of a similar family).  It’s looking pinker inside today than it did yesterday, so I’m hoping that progress will continue over another few days and it might even turn out to be edible after all.