This is me checking in with the world to report that I have nothing to report.

The temperature has been around the forty degree mark most afternoons the last few days so it´s frankly astounding that I even have any brain left to do any reporting with, had I anything to report.

Our car is going in for fixing yet again tomorrow, which is obviously not “news” in the sense of news being novel, different or unexpected.  We´re trying the posh dealership this time in the hope that paying through the nose might actually result in the car being fixed.  Its latest game is that moving in a slow queue or waiting at traffic lights causes the temperature gauge to rocket skywards.   Added to which, taking note of fuel consumption over the last little while reveals that our fuel consumption has actually doubled in the the last two years, (as has the price of fuel, so our unrepentant beast is actually costing 400% more to run today as it did a couple of years ago deep joy).

Our power went off for sixteen hours yesterday.  We do have quite a lot of power cuts although mostly very short, and occasionally for a couple of hours, so a whole day without power is almost reportable news.  Which of course meant that the fridge defrosted itself, and we also didn’t have any water (water being pumped up from the underground mains pipe by means of an electric pump which every house has installed somewhere).  I could get along for quite a while without electricity but not having water lost its novelty value quite fast.

The kids are fine, Martin´s writing stuff on the computer, the melon seeds that Joni and I planted the other day are coming through, my disabled kid is fine, my itinerant friend pops up every so often, the village “reimbursed” my petrol costs with counterfeit notes the other day (grrrr) and I didn’t realise till I tried to spend them the next day (double grrrr), there is no progress at all re recognising my qualifications although I’m finding imaginative new doors to bang on, and I did get paid an unexpectedly large some of money the other day for contributing frankly very little to someone else’s English class for in-service primary teachers.

Here are a couple of photos that Joni and I took the other day while walking the dog. Seven thirty in the morning is the most hospitable time of the day at the moment;- 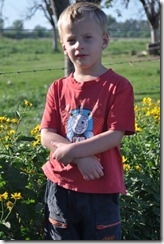 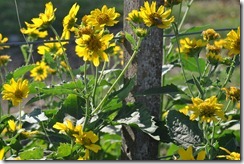 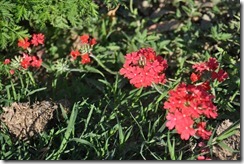