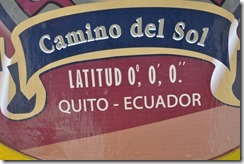 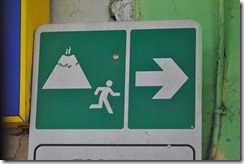 Centre of the world!  Erupting volcanoes are an unusual local hazard.

Ecuador appears to have undergone some rapid modernisation in recent years, while still managing to retain much of its Andean charm.  From a purely superficial tourist’s-eye perspective the impression is of somewhere with a healthy national pride; valuing its past, and growing into its future.  Things that struck me early on were the lack of litter in the streets, and even in the more down to earth areas of Quito everyone had shoes, and the community comprised of street sellers rather than beggars.  Six years ago when I was in Ecuador, prices were expensive compared to Argentina, but the policy of dollarization in Ecuador, combined with accelerating inflation in Argentina meant that today the reverse is the case, and we made the most of the opportunity to stock up on shoes.  I’m now crying because I didn’t buy school bags at the same time (which inexplicably doubled in price during the two weeks we were away from Argentina, just in time for the start of the school year.)

The Latin Link conference went well.  It was good to see people, old friends and new faces.  The most interesting developments aren’t really appropriate for public sharing, but we came away feeling positive about how things are panning out.  In fact it’s the first assembly where we haven’t gone home talking about resigning, which I think is good news, (although it might just mean that we are becoming part of the problem in our old age).  I managed to get myself elected onto the “International Forum” which is an overseeing body of sorts.  The job description isn’t exactly a “voice of the people” role, but since it is the only democratically elected body in the mission, it is as much of a voice as the people are going to get, as such carries a weight of responsibility to represent the interests of the majority who don’t get to speak.

Then we went on holiday. 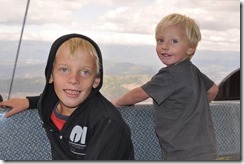 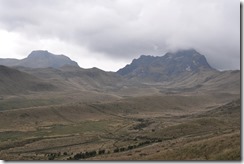 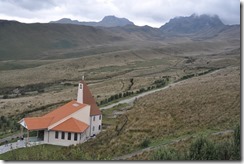 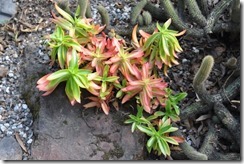 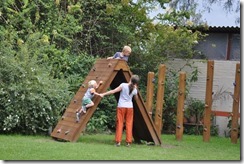 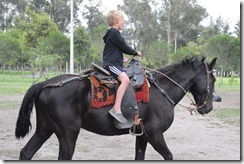 Botanical gardens, monkey gym and horse-riding all courtesy of the Parque Carolina (the central park in Quito).  Joni was well made up that the guy showed him how to control the horse by himself.  Now he’s desperate to make friends with someone who will lend him a horse back here. 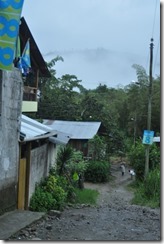 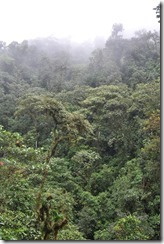 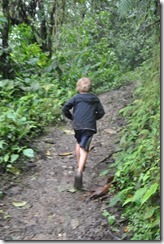 We spent three days in Mindo, a little town a couple of hours north-west of Quito, and a unique cloud-forest environment.  Apparently this means that many plant species take their water directly from the clouds which reach down to the canopy of the trees.  This is probably useful in the dry season.  It rained for around twelve hours a day anyway while we were there, but we’re English so we didn’t let a few inches of water put us off our stride.  Everyone in Mindo works in tourism, and being in easy reach of Quito it has become a magnet for off-beat, off the beaten track, lonely planet guide-clutching  European students and young-retired north Americans.  Several people commented on how we were the only ones travelling with kids, and I don’t think many of the local people had ever seen a blonde child before.  We explored town and forest; 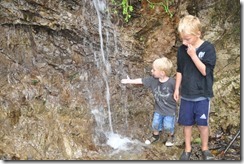 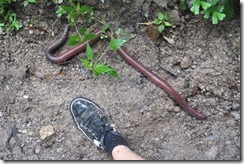 Stuff grows big out there!

We watched the whole process of making chocolate, from harvesting the beans right through to eating chocolate brownies; 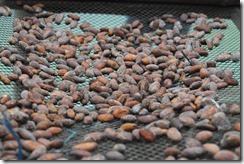 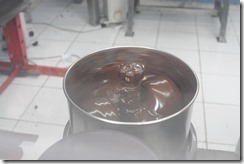 Saw more species of hummingbirds than I would have thought could possibly exist; 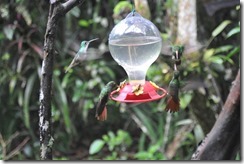 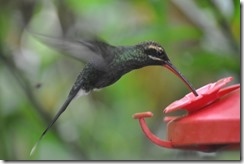 And enticed butterflies to feed from our fingers with sticky juice from over-ripe bananas; 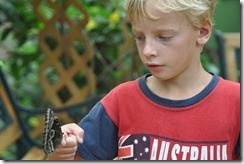 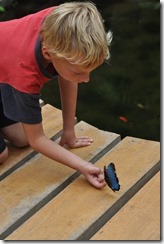 Then we took a bus back to Quito to dry out.  For our last day in Ecuador we booked a train ride.  The “real” train looks like this; 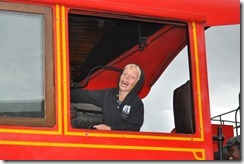 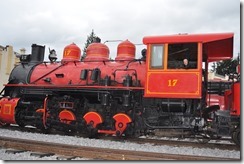 but it was booked solid for a couple of months ahead.  So we managed to get tickets for this one; 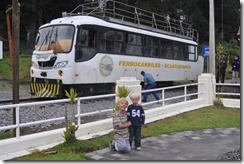 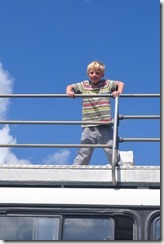 which might not have been so picturesque, but it did the same route as the tourist train and for half the price, so we think we came out well. 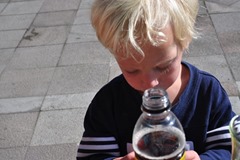 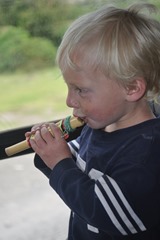 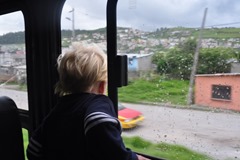 Coca Cola and Panpipes; Danny getting to grips with local traditions. 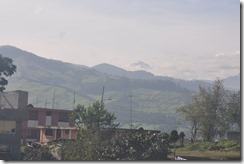 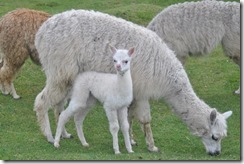 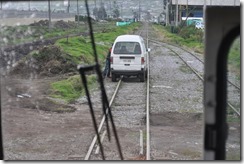 View over the distant 5200 metre peak of Cotopaxi, imagine seeing snow on the Equator!  Llamas on the line.  And someone give that man a parking ticket.  The train took us on a four hour ride through the volcanoes and valleys to a smallish city of Latacunga, where we had a couple of hours for lunch, exploring and souvenir-shopping.  And then it was back to Quito, then back to Argentina, and practical geography concluded for the summer because real school goes back this week.