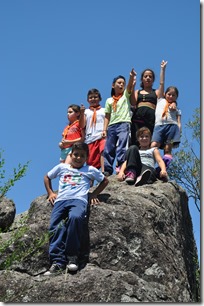 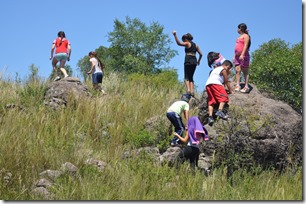 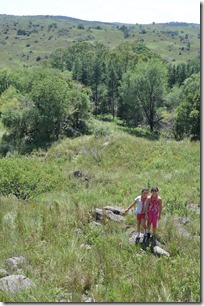 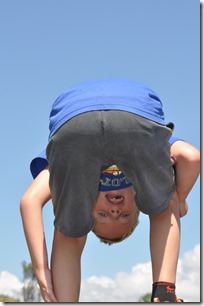 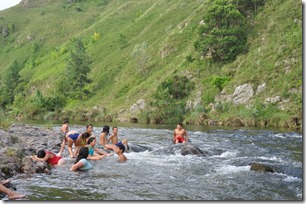 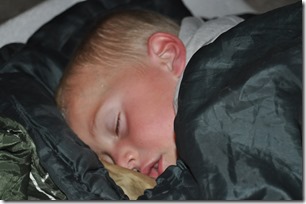 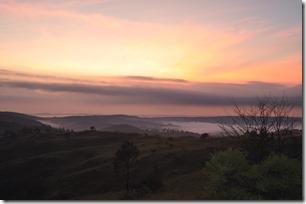 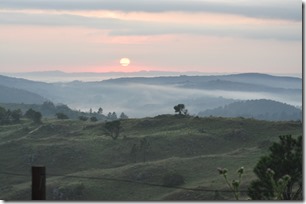 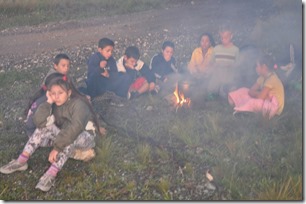 Too tired to think of a witty title, but here are a bunch of photos from our annual summer camp, a week in the hills with no internet, and this year even no phone signal – bliss!  There are some more photos on Facebook if we’re “friends”.   It was a good week, we did the usual array of activities, games, hikes, swimming in the river, climbing up things, throwing kids off rocks, getting up at five in the morning to watch the sun rise and cook breakfast at the top of a hill.  It was a lot of fun, and no-one came home with anything worse than a few scrapes and bruises despite the fact that we would probably be lynched by health and safety in some areas of the world.

Actually we are quite lucky we did get home at all, and nothing to do with health and safety.  We took a public bus three hours to Cordoba, where we were met by a private bus company in order to finish the trip to the camp-site, being in a remote location not served by mass transport.  We paid the private bus driver for the round trip, and agreed a time for his return a week later.  He didn’t come.  And he didn’t come, and then he didn’t come some more.  So we started phoning the bus company.  To cut a very long story short, it eventually turned out that the bus company didn’t know that we had paid the driver, and he had disappeared with the money.  Fortunately, they assumed responsibility for the situation, came out to collect us, and booked us new tickets on a later bus home from Cordoba.  These things happen.

It strikes me to have been a fairly stupid move on the rogue driver’s part since the amount of money was probably slightly less than his month’s salary, and of course now he doesn’t have a job.  On the other hand, it won’t affect his references, since mostly employers just check the legal record and he still won’t have one.  In the UK people are blessed with a working small claims court system.  Here everything chugs through the bottle necked justice system, and even a small amount of money will still take two years to reach a resolution and probably cost ten to twenty times the amount of money you wanted to claim in the first place.  So of course nobody bothers and here we have yet another reason why fraud and corruption flourish.

Meanwhile it’s raining, the car’s in the workshop, I need to replace my mobile phone which died on camp (attention seeking because we didn’t have any signal?) I’m tired, and a bunch of Latter Day Saints are coming round to do comparative religions at four-thirty.  Luckily that’s more Martin’s area than mine so hopefully I can entertain the kids and stay out of the way.